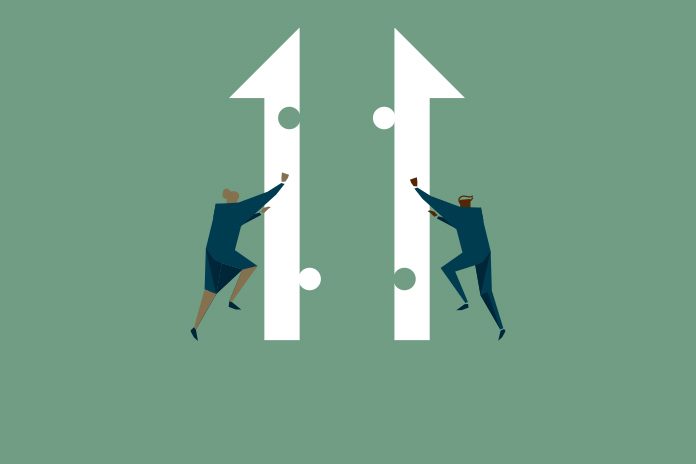 Julie Das-Thompson, Head of Policy and Delivery at NHS Clinical Commissioners, researches how 2020 will see the merging of at least 20 clinical commissioning groups (CCGs), with more to follow in 2021. This marks a rapid period of change for commissioning.

It’s been almost a year since the publication of the NHS Long Term Plan, the document that set out the direction of travel for the NHS in England over the next decade. For clinical commissioning groups – the local organisations that plan and purchase healthcare at a local level – the most significant implications of the Plan have been the move towards more collaborative working and for Integrated Care Systems (ICSs) to cover England by April 2021.

The NHS Long Term Plan specified that there would be ‘typically’ one CCG per ICS. It’s still unclear how many ICSs will cover England, but many CCGs are getting ahead of the curve by taking steps to work more strategically, at a larger scale, and more collaboratively. For some, this means sharing working arrangements (such as joint accountable officers), and others have begun the process to formally merge. Mergers are not new – the number of CCGs has reduced from 211 in 2012 to the current 191 in April 2019 – but the NHS Long Term Plan has prompted them on an unprecedented scale. At the time of writing, no fewer than 20 CCGs have been given permission by NHS England and Improvement to merge in April 2020, with more still awaiting approval and a significant number planning to merge in April 2021.

“Mergers are by no means the end of CCGs; they are the beginning of a new breed of clinical commissioners”

This move to commissioning at a larger scale brings with it a whole range of advantages, both for the NHS and, more importantly, for patients. Working at a larger geography, covering populations of over 1 million, means more collaboration between partner organisations including health providers and local government to join up care and transform health and aligning commissioning policies across an area to reduce variation. It means that clinical commissioners can focus on population health – an approach which helps commissioners to plan for and intervene in long-term health conditions, target groups with common characteristics and address inequalities in care using a sophisticated knowledge of people’s needs.

Working at this level also means that CCGs reduce their management costs, they can benefit from economies of scale and do things once in the patch instead of two, three, or more times. This is about saving staff time and getting the best value from limited budgets.

One example of this in action is in Leeds, where NHS Leeds CCG was recently formed after a merger of three CCGs. Their journey was driven by a need to seek better value and speak with ‘one voice’ across the city. They wanted to be able to work with their population to understand their specific health and care needs but knew they lacked the scale to do so as three smaller organisations. They worked with their local authority and providers across primary and secondary care to define one population, one set of outcomes and so one budget.

However, merging CCGs isn’t simply squashing together the organisations that used to exist into a new form to do the same thing; we are creating brand new CCGs that are taking on a more streamlined, strategic approach, with some of the more transactional parts of the job being undertaken by integrated providers. Our members have been clear for a number of years that this is the right direction of travel. In Leeds, this included reviewing the CCG’s own commissioning functions and placing some of the more transactional elements with integrated providers in order to secure best value and expertise. This has meant the CCG has moved away from conversations about organisational processes to one about how they can best agree the commissioning priorities with the people of Leeds.

Although there are undoubtedly huge benefits, there are some significant challenges. We know that several merger proposals have been rejected, either by local GPs or by NHS England/Improvement, and some have been given strict conditions under which the merger would be approved. Once the merger has been approved, there is the short-term disruption of putting it into place. This entails ensuring that staff are on board with any changes, making sure that systems are in place and consistent across the new, large footprint, so that the day-to-day operation of the NHS continues to run smoothly.

Even working at this system level, clinical commissioners need to keep the links to smaller local populations at place (around 250,000 people) or neighbourhood (30,000-50,000 people) level. How this works in practice varies from system to system, but many of our members have maintained locality teams which mirror the pre-merger CCG footprints. This is to ensure a larger CCG doesn’t feel too distant to its communities. For lots of organisations that already have joint-working arrangements this may not be very different from how things currently operate, but for others this will be a marked change.

This is, therefore, a rapid period of change for the commissioning sector. For those in industries that work with the NHS – such as pharma – the merging of CCGs brings with it some key considerations over the next two years. These are about keeping up to date on:

One year on from the NHS Long Term Plan, we are already seeing significant progress towards achieving its ambition for an integrated NHS. Mergers are by no means the end of CCGs; they are the beginning of a new breed of clinical commissioners.