Pharma in 2019: Has uncertainty led to pharma innovation and change? 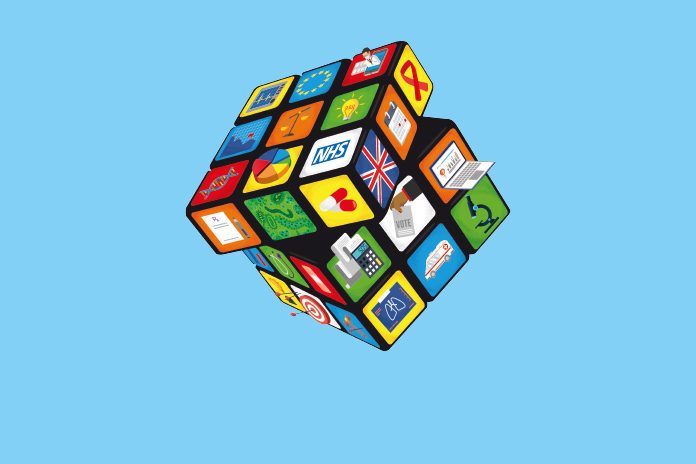 As the year draws to a close, has uncertainty led to pharma innovation and change in 2019? Have we been in a Brexit-related stasis? Or have pharma and healthcare been moving forward regardless of the stalemate in Westminster? We look back at January’s predictions, policy and commercial developments over the year.

In January 2019, we reported predictions for the year ahead and 2019 started with a bang when the NHS Long Term Plan was published on 7 January. It set out a blueprint for the future of the NHS including the use of technology, practical action on major conditions and investment in cutting edge treatments.

This was followed closely in February by the announcement of NHSX to take forward digital transformation of the NHS to ‘create the most advanced health and care service in the world to diagnose diseases earlier, free up staff time and empower patients to take greater control of their own healthcare’.

Such significant announcements set the tone for the year and other key policy developments followed, including:

Navigating the changing policy pathway has been a theme for the year.

“The deep-seated opportunities will undoubtedly trump the inevitable practical difficulties of our time, which will take up energy to resolve, in 2020 as they have in 2019”

Leslie Galloway, Chairman of the Ethical Medicines Industry Group (EMIG), predicted that 2019 would be the “most significant year for change that many of us will experience in our lifetime”.

Given that Brexit has not moved forward over the year and there’s a General Election on the way as we go to print, Leslie revisited his predictions and is clear that uncertainty remains. “Reflecting on my comments reminds me that I really shouldn’t make predictions. However, one thing that is certain is that uncertainty is likely to continue.

“We have spent much of the last three and half years wrestling with Brexit-related issues and are no further forward. The issue of leaving may be out of our control but our future relationship with the EU will require a great deal of work on the part of industry. Depending on the outcome of the General Election, Brexit may be a significant issue for 2020. But we must not lose sight of the many other issues that require our focus.”

These issues include NICE’s Review of Methods and Process, the VPAS and NHS England’s Commercial Framework.

Leslie, who sits on the Working Group for the NICE methods review, is acutely aware of what it involves. “There is a colossal amount of work to do. We need to constantly ask ourselves what difference any proposed changes will make to the patients who may be impacted. We also know there are limitations because the quality-adjusted
life-year thresholds can’t change.”

Although he adds that the medicines bill is protected by the VPAS: “The VPAS allows 2% growth and anything above is funded by industry rebates. So, we shouldn’t be concerned about other changes – the medicine bill won’t grow but the mix of technologies could vary.”

Looking to 2020’s rebate level, Leslie is offering confidence to industry. “Some in our industry may be relieved that the predicted rebate level for 2020 may be <8%; below the current level of 9.6%.” But he says that raises the question of whether NHS England is committed to adopting innovation. “If it is, surely the rebate level would be higher?” He added: “A further consideration may be that the new(ish) NHS England Commercial Team is having an impact. I suspect it may be a combination of both.”

NHS England’s Commercial Framework was published for consultation in November. Divided into four sections, including commercial flexibilities and circumstances where they could be considered, he said it is to be a “living document, that is updated over time”. However, it’s likely that it’s not what’s in the document that may matter, more than what is not. “NHS England has made it clear to the trade bodies that they want innovation, but not at any price. I have been critical of NHS England in the past and I believe this is a now a significant opportunity for companies to engage with NHS England in a partnership relationship.” The consultation runs until 10 January 2020 and is available on the NHS England consultation site.

Beyond policy, 2019 has seen pharma coping with global trends and challenges, exacerbated by Brexit. “Economic slowdown, reducing returns on investment, pressure on showing value compared to other treatments, chasing smaller capital values in transactions” are all having an impact, explained Richard Phillips, Partner of VWV. “But the UK has the added local difficulty of the ‘B’ word which lengthens that list with regulatory uncertainty, trading uncertainty and the need to reposition in Europe.”

Making the most of things

Despite all the uncertainty industry has had to operate within, negatives can become positives. “Disruption leads to innovation,” explained Richard. “Diminishing returns lead those who are forward-thinking to investigate and explore new avenues. The UK pharmaceutical and life sciences industry will adapt and thrive because it has a world class core strength; our mindset of creation and innovation allied with a natural inclination for trade and business will see to this.”
Richard is confident that the UK’s mix of Big Pharma, small and medium-sized pharma, generics companies, start-up and early stage ideas businesses have been well placed to innovate, think about R&D in this faster moving world, as well as restructuring and outsourcing components.

One example of this is the Stevenage Bioscience Catalyst where major organisations including GSK, the Cell & Gene Therapy Catapult, LifeArc and GE rub shoulders with academics and start-up companies. Richard added: “Together, these individuals and start-ups have raised about £1bn in funding.” It’s also been announced as one of six new Life Sciences Opportunity Zones in the UK.

So much has already been achieved in 2019, with Genomics England’s 100,000 Genomes Project and its involvement in research projects such as Discover-NOW and DATA-CAN, which Richard calls “world-leading”. Plus, thanks to UK Biobank’s whole sequencing of 500,000 people, with a view to enhancing predictive analysis, industry has proven that it can innovate in times of uncertainty.

“A lot of innovation and development has been happening at a small scale, and Big Pharma is much closer to solving the practicalities of marrying up its leverage with next generation opportunities,” explained Richard. Although it hasn’t been without issues, “the difficulty has been aligning the cultural (and inevitable and often essential) governance and more bureaucratic elements of the acquirer with the fleet of foot entrepreneurial culture and light touch governance of the innovator.”

2019 has also seen companies identifying opportunities in drugs that are heading off patent. In February, Pf reported the potential of the biosimilars market and how momentum was crucial following the patent expiry of adalimumab in October 2018.

“Over the year, we have seen entrepreneurial companies, small- and medium-sized, move to take advantage of certain products of a certain age,” reflected Richard. “The regulators have looked to examine these deals carefully and shut down anti-competitive actions which could or do follow, including price hikes. But improving the lot of the end patient whilst allowing a commercial upside for the provider is invigorating for the sector and allows products to take on a new lease of life.”

As Brexit conversations continue into the New Year and a General Election result will be known shortly after this article is published, industry must keep its eyes open to what’s happening in the here and now. “Whilst we must continue to prepare for Brexit and explore possible opportunities in the future relationship negotiations, we must not lose sight of the
day-to-day challenges that impact on our businesses and the patients we serve,” explained Leslie.

“There are always challenges in business and the pharma sector is no different,” concluded Richard. “In my view, the deep-seated opportunities will undoubtedly trump the inevitable practical difficulties of our time, which will take up energy to resolve, in 2020 as they have in 2019.”