Pharma marketing: UK vs US

Marketing medicines is a totally different ball game on each side of the pond.

The US is the only country, apart from New Zealand, which allows pharmaceutical companies to advertise direct to consumers (aka DTC advertising). The ability to advertise in this way is not permitted within the UK’s regulatory framework. The ban on DTC advertising in the UK is based on the premise that physicians, not companies, are best placed to decide on which medicines should be prescribed to a patient. But is DTC advertising all good news for pharma’s bottom line and bad news for the patient, and how would UK consumers react if DTC advertising was allowed here?

According to ZS Principal Chris Morgan, the negative PR surrounding some aspects of pharma, combined with people’s general dislike of advertising and the issue of timing, mean that even if DTC advertising was permitted in the UK, it might not be welcomed.

“The only advertising people like is that which is surprising, or funny, and pharma advertising is so heavily regulated that it is rarely ever those things,” Morgan explains. “In the US, people accept DTC advertising. The whole healthcare provision system accepts that it’s been there forever, but in the UK, it hasn’t. The transition would probably be a difficult one.”

Despite being accepted across the Atlantic, it appears that some US consumers aren’t fans of DTC advertising and perceptions of the pharma industry do it no favours. For example, a Harris Poll study* from January 2017 found that just 9% of US consumers believe that pharmaceutical and biotechnology companies put patients over profits.

In addition, a 2016 Harvard study** found that 57% of consumers would support removing DTC adverts from television. Hensley Evans, Head of Patient and Consumer Marketing,
ZS Associates, says: “This isn’t surprising, given that more than one third of them also said they believe that drug advertising increases the prices they pay.”

People in the US and the UK have a different mindset when it comes to how they perceive the authority of their physicians, and what they can ask of them. According to Morgan, people in the UK have traditionally been more deferential to doctors than their US counterparts, and though this is changing with the advent of the informed patient, there are other factors at play. “In the US, the relationship is different,” he says. “In the UK, people are more sensitive to budgets, prescribing guidelines and care pathways, so you can ask your doctor for something, but it doesn’t necessarily mean you’ll get it.”

“Based on the AMA’s position on DTC in the US, it’s likely that it is consistent with the wishes of many, if not the majority, of physicians,” reflects Evans.

Does the US’s direct approach empower patients or put them at risk? According to Evans, it is the former: “It empowers patients by providing both disease education, often prompting them to seek more timely medical advice and support, and information about treatment options.”

Evans proposes that DTC advertising actually drives broader awareness of diseases that might otherwise go undiagnosed or untreated, which leads consumers to discuss conditions that they are concerned about with their healthcare professionals, which in turn leads to earlier diagnosis and treatment.

She also reasons that advertising direct to consumers also improves medicines adherence to advertised brands, which can slow the progression of disease and improve patient outcomes. “Studies have demonstrated that advertisements help encourage patients to continue taking their medication,” says Evans.

Of course, pharma has a vested interest in driving brand awareness among consumers who have been diagnosed with a condition, but this could ultimately benefit the patient. “There are many physicians who believe that the availability of disease and treatment information has resulted in a more educated and empowered consumer, who is more easily able to take appropriate actions to manage their health conditions. DTC allows pharma to directly communicate to consumers who have requested such information.”

Morgan also believes that there are ways in which DTC advertising in the UK could benefit patients: “One of the positive aspects,  if the funding behind it was appropriate, would be helping patient groups and manufacturers to get accurate information out there, because there’s an awful lot of misinformation.”

The promotion and advertising of medicinal products in the UK is governed by advertising laws and the Human Medicines Regulation 2012, which is enforced by the Medicines and Healthcare Products regulatory Agency. In practice, pharma operates under self-regulation in relation to the promotion of medicines according to the ABPI’s Code of Practice for the Promotion of Prescription-Only Medicines, which is administered by the Prescription Medicines Code of Practice Authority (PMCPA). 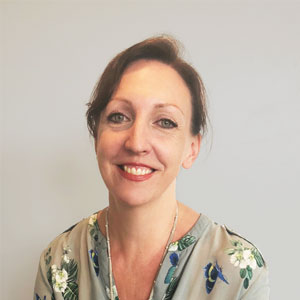