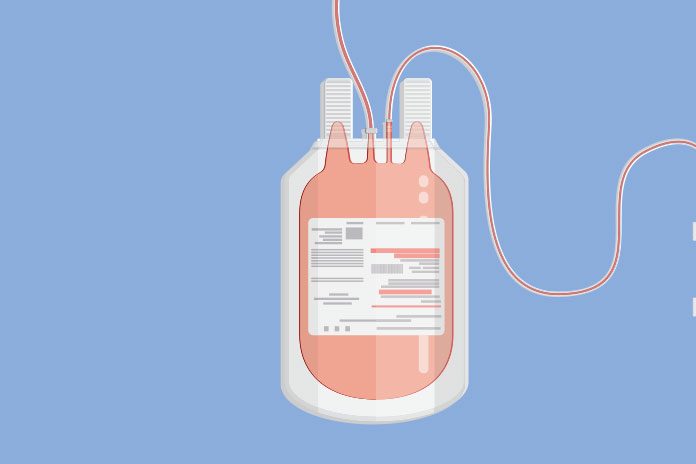 Research into medical treatments has never been more exciting. From personalised medicine and gene editing to immunotherapy, we look at where the next breakthroughs might come.

Dr James Pickett, Head of Research at the Alzheimer’s Society, shared: “It’s a sad fact there hasn’t been a new treatment for dementia in over 15 years – but all is not lost as since 2013, the number of clinical trials for Alzheimer’s drugs has doubled.”

A Phase II trial into BAN 2401, from Eisai and Biogen, showed a reduction of the amyloid plaques in the brain that are a hallmark of the disease, and a slowing of cognitive decline.
Dr Pickett says the research “brings genuine hope to drugs targeting amyloid”.

Research indicates that people with Type 2 diabetes are more likely to develop Alzheimer’s. A drug used to treat Type 2 diabetes, Liraglutide, has shown promise for the treatment of dementia. In laboratory studies, it improves symptoms and reduces the amount of amyloid plaques.

The drug is being studied in a Phase IIb trial led by Dr Paul Edison of Imperial College, London. The trial, due to complete in March 2019, is testing the effects in the early stages of Alzheimer’s. If successful, Liraglutide could be available for dementia in five to 10 years.

Antibiotic-resistant infections could kill up to 10 million people a year by 2050, according to the Association of the British Pharmaceutical Industry. Yet the pipeline for new drugs has slowed to a trickle. “ The biggest challenges are economic,” said Kevin Outterson, Executive Director of CARB-X, a non-profit international partnership that funds early-stage and Phase I research into the most dangerous resistant bacteria.

In 2013, The World Economic Forum warned antibiotic resistance is “arguably the greatest risk” to human health. “We live in a bacterial world where we will never be able to stay ahead of the mutation curve.” Bacteria constantly evolve to develop defences against medicines, so any new therapies must be reserved for only those patients with the most serious resistant infections.

“But success is achievable,” Kevin added, “so long as companies are given the time and money needed to bring products to market.” Public-private partnerships and governments are heavily involved in the drive to develop new antibiotics, as the return on investment in any product that can’t be widely used is too low to make commercial sense.

Carb-X has 10 products in development that represent a new class against the most critical multidrug and extensively drug-resistant Gram-negative bacteria. “If any one of these succeed, it will be the most important antibiotic innovation in our lifetimes,” said Kevin.

One product is Amicidin Beta solution, a protein that acts as a surfactant, used during and after operations to treat heavily contaminated or infected tissues. Produced by Amicrobe, it is heading towards Phase I trials. It could be used to combat periprosthetic joint infection, a devastating complication of hip or knee replacement.

Another is a class of therapies based on the human microbiome – attempting to achieve the benefits of faecal transplants in a controlled manner. Vedanta Biosciences is developing VE303, a capsule containing defined, freeze-dried bacteria that colonises the gut and outcompetes C. difficile – a common cause of diarrhoea in older hospital patients. A Phase I study finishes this year.

Vedanta Biosciences’ Chief Executive, Dr Bernat Olle said: “Every time antibiotics are used, they will select for resistance.” Instead, he added that using live bacteria “might help to curb resistance” by displacing gut microbes that have developed antibiotic resistance.

“Immunology will be a real game changer in the next 20 years. We are harnessing the body’s natural ability to deal with a threat”

The future is exciting,” explained Stuart Farrow, Director of Biology at Cancer Research UK’s Therapeutic Discovery Laboratory. “Immunology will be a real game changer in the next 20 years. We are harnessing the body’s natural ability to deal with a threat.”

There are several different approaches, including altering the white blood cells known as T cells and tackling the checkpoint modulators that turn immune responses on and off.
In September, NHS England approved a personalised medicine, Kymria, for a form of childhood leukaemia. This CAR-T therapy involves taking T cells from the patient and inserting a gene that targets a protein unique to tumour cells.

“A lot of the cells we are interested in are involved in disease processes away from cancer, such as rheumatology,” added Stuart. “We are looking at the autoimmune continuum, from conditions where the immune system is over-active, to cancer where it is not reacting.”

One of the most exciting areas of research around Type 1 diabetes is smart insulin –
a chemically modified form that rests in the system until glucose hits and activates it. Dr Eleanor Kennedy, Research Manager at the Diabetes Research and Wellness Foundation, said: “It’s an incredibly clever way of people not having to think about what they have just eaten because the smart insulin will be there waiting for you.” It promises that “you will activate the exact amount of insulin that you need” and it could make hypoglycaemia a thing of the past.

Eli Lilly bought another start up in 2016, while Sanofi has a collaboration with the Juvenile Diabetes Research Foundation which funds projects including a biochemical switch activated by glucose.

Dr Kennedy said other promising research includes immunomodulation – putting a barrier between the immune system and the beta cells lost in type 1 diabetes. “If you can get in quick with newly diagnosed people who still have around 10% of their beta cells functioning then you will not need to go onto exogenous [external] insulin.”

The ADDRESS-2 project, led by Professor Des Johnston of Imperial College London, runs studies including one investigating how much insulin people can make themselves in the first year of type 1 diabetes, while another looks at the safety of a vaccine that stops the immune system from attacking the beta cells that store insulin.

“One of the most exciting areas of research around Type 1 diabetes is smart insulin,
it could make hypoglycaemia a thing of the past”

There have been no major breakthroughs in depression since SSRI antidepressants in the 1990s. However, a new way of looking at the condition may hold the key. “If you’ve got an inflammatory disease like rheumatoid arthritis your chances of being depressed are much higher than a comparator group,” explained Professor Ed Bullmore, Head of the Department of Psychiatry, University of Cambridge and Vice-President of Experimental Medicine for GSK.

“The symptoms of depression, brain fog and cognitive impairment could be directly related to your arthritis, rather than the arthritic process being limited to the body and the psychological symptoms resulting from a conscious reflection on what it is to have the disease,” he added.

Inflammation can pre-date depression. Hepatitis C patients treated with interferon are exposed to an inflammatory shock and about one in three will then become depressed. High levels of inflammation are also found in people with Alzheimer’s disease.

Professor Bullmore leads The Wellcome Trust Consortium for the Neuroimmunology of Mood Disorders and Alzheimer’s Disease, bringing together three pharmaceutical companies, Alzheimer’s Research UK and six universities. A phase IB biomarker validation study is starting this year, while a new molecule that penetrates the central nervous system is moving into Phase II trials for depression.

“Inflammation is incredibly important in all areas of medicine,” said Professor Bullmore. “Immunology looks like it is increasingly central to therapeutics across the board.”

There’s been a huge amount of progress in the relapsing-remitting form of multiple sclerosis (MS), with 14 disease-modifying treatments now available. But primary progressive MS is a different story. In June, The National Institute for Health and Care Excellence (NICE) provisionally rejected the first treatment licensed for this condition, Roche’s Ocrelizumab, due to cost, while approving it for the relapsing-remitting type.

However, there are promising avenues. In MS, the myelin that surrounds nerve fibres in the brain and spinal cord is damaged. A Phase IIA study on a drug that aims at a target called RXR gamma is due to report next summer.

Neuroprotection is another key area – priming the nerve fibres to stay healthy for as long as possible. Phase II trials into high dose simvastatin showed it reduced the rate of brain shrinkage, while patients had better disability scores. A Phase III trial is now recruiting.

The anti-inflammatory Ibudilast is a first-in-class small molecule drug that is about to move into Phase III. The FDA has granted it fast-track status, speeding up the review process. Produced by MediciNova, it is believed to protect against cell death. In Phase II trials, it halved the rate of brain shrinkage.

Dr Susan Kohlhaas, Director of Research at the MS Society, said: “Ultimately, we need a combination treatment where we target the faulty immune system, prime the body to repair itself and protect the nerve fibres from damage.”

While these six areas could well be the ones to watch in 2019 and beyond, with pharma companies focusing on innovative treatments to improve people’s lives, we’re certain others will appear in the running.

More from this issue:

A year in pharma: How did the experts’ predictions fare?

Remembering 2018: Changes to the pharmaceutical industry in 2018

Kaye M McIntosh
Kaye is a freelance editor and writer specialising in health and social affairs. She is the former editor of Health Which? and WI Life.